A Tutorial on Flash motion – Or:
How to Speed Up Your Camera

Experimental physics is an unlikely choice as a field of interest for a lay audience. In this project, we attempted to change this by getting interested people involved with a technique commonly used by experimental physicists.

Teaser video from the main page of the tutorial. Here shown as a GIF.

The flash motion tutorial we created teaches users how to create high-speed films in HD quality with a time resolution of 1 ms or faster. Because flash motion transfers the noble prize-winning pump-probe method to photography users are able to use a DIY version of it at home. Similar technologies are used by the free electron lasers at DESY – which is also supported by the BMBF. 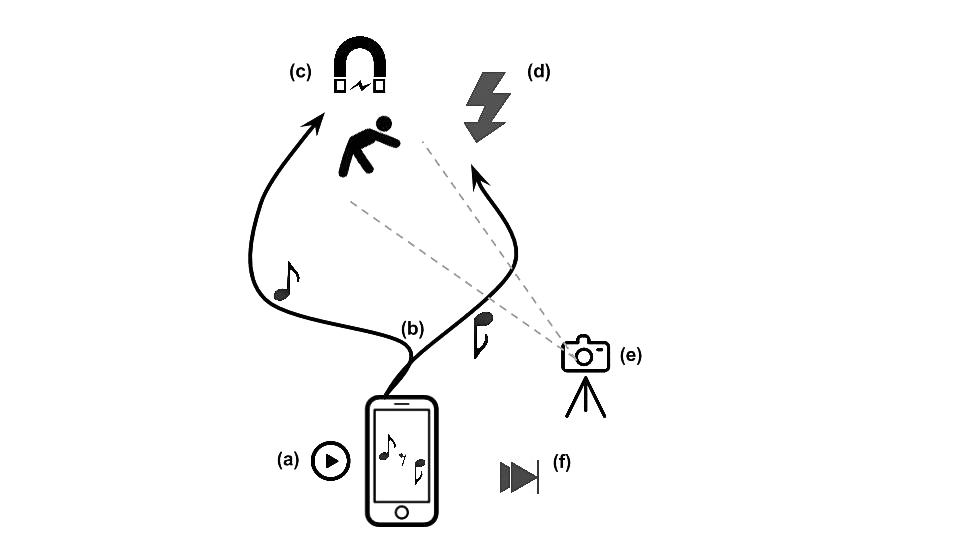 Diagram: Workflow from the tutorial

Thus, we want to equip the users with a tool to produce experimental videos and by doing so enhancing their interest in state-of-the-art physics. Impressed by its quality, both student labs at DESY have integrated the method and materials into their program.

Video sequence from the tutorial. It shows how the images are produced one after another.

The project was conducted by Prof. Dr. Markus Drescher, press officer David Vogel and myself as part of the BMBF research focus free electron laser. Together we set-up a workshop with members of the Institute for Experimental Physics of the University of Hamburg at the DESY campus. The aim was to identify methods and experiments conducted by physicists on a regular basis which could be interesting for a lay audience.

A Tutorial on Flash motion – Or: How to Speed Up Your Camera

Research Focus Free-Electron Laser (FSP-FEL) located at DESY and University of Hamburg, funded by the BMBF

The DESY Student Labs use the tutorial in their curriculum.

You can find the tutorial here: http://tutorial.fsp-fel.de/flashmotion